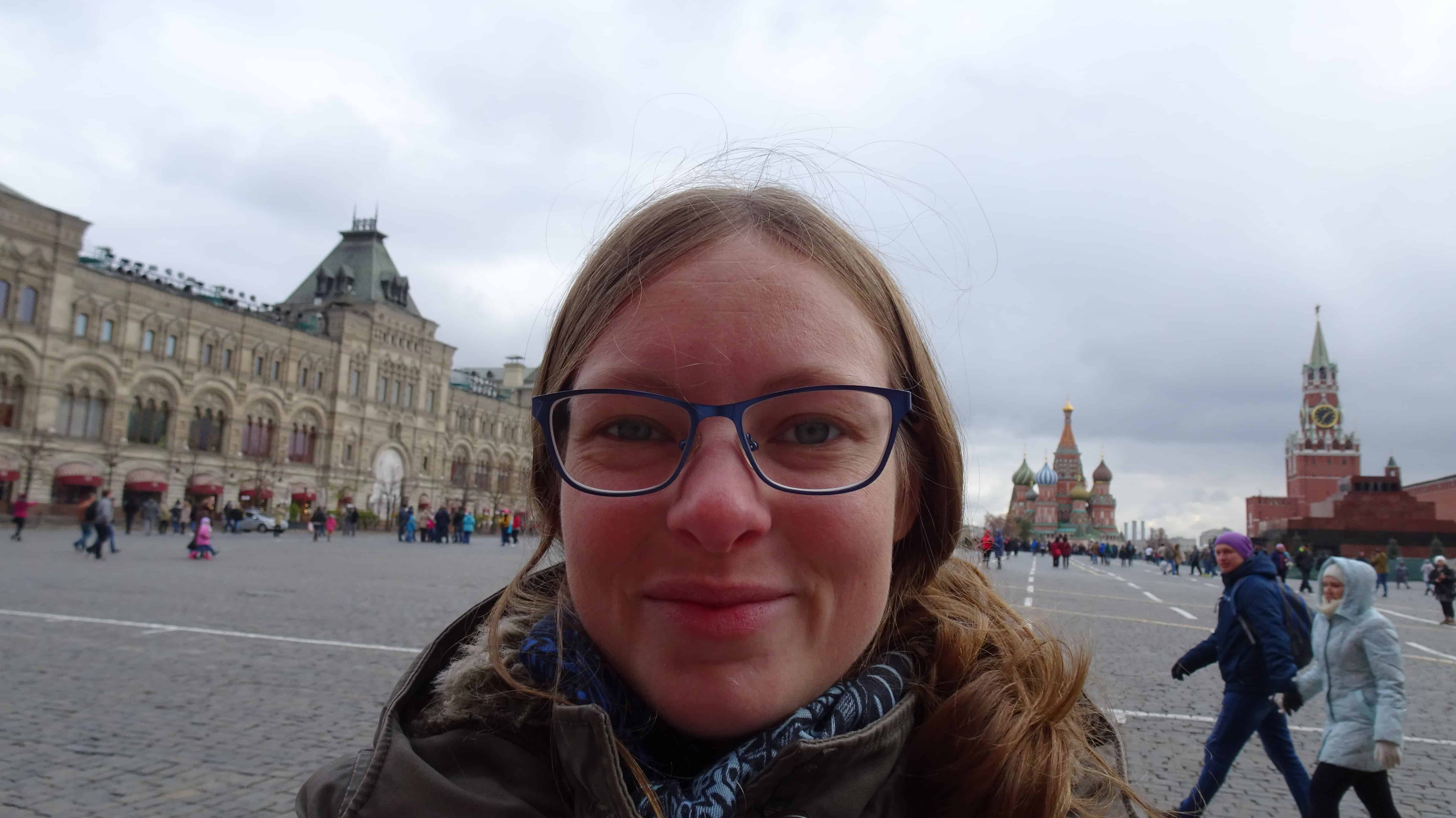 ‘Waking up early after a short night in Moscow. Hmm.. not the best thing! I can hear rain outside which does not encourage me to get out of bed. Checking the weather forecast I see that it will be dry after 10 am. This is okay. I close my eyes for another few minutes and get ready. (okay, I admit it, 09:00 isn’t really early, but after a night with no sleep, it’s way too early!) After a refreshing shower I get off to the city center. I take the metro and while I’m standing an older man asks me a question in Russian. I tell him I don’t understand him. I’m asking him where he’s going by pointing at the route inside the metro. He points somewhere in the opposite direction. Turns out I’m on the wrong direction! By signing I tell him and we both laugh! The next stop I’m getting out and make sure I do get the right metro.
Russia is known for her beautiful metro system and I have to admit, some of the stations are pretty! With marble on the walls and floor and decorated ceilings. Out of curiosity I got out at a large station and just enjoyed the many tunnels, walls and decorations.
Next stop; Okhotny Riad, in the center of the city. First things that comes to my mind after leaving the station, are the many colored buildings. I walk pass the theater and make a picture of the ‘Moscow sign’ across the street. Right after, I walk towards the main shopping street and walk straight towards the red square. (not knowing it is the Red Square at that time) It’s fun to see the St. Basil’s cathedral in real live and to walk on the square. Getting in line (thinking to enter the Red Square) I am suddenly in the Lenin Mausoleum. Pretty strange experience to walk around a dead Lenin. Especially when you’re not expecting it!
Next stop; Kremlin. To me, entering the Kremlin wasn’t that special. I didn’t have any (audio)tour, so I couldn’t really understand what everything was all about. There were some cathedrals open to visit, but the long lines of people waiting to get in didn’t encourage me to do so. I went inside a few small cathedrals and saw a lot of Christian paintings. Looked nice, but not worth a long wait.
Still trying to get to the Red Square I asked a lady at the ticket office where it was. It should be here somewhere! She pointed where it was and it became clear to me that I already had been there!
Wow, maybe it’s just me, but I was actually expecting the Red square to be red! Haha!
I went back to the square to have a proper look and then continued to the State Historical Museum. This was an exciting museum with all kinds of historic objects. Would recommend it if you like to learn about the Russian history.
Last but not least, GUM department store. A huge shopping center that had been built for over a century ago and is still operating. Great architecture and a lot of stores selling a diversity of products from clothes to ice cream to super nice food and beverages. There was a wedding shoot going on at the moment I was there, which was also interesting.

This morning I woke up around 09:30. I’m in the luxurious position to have the house to myself today! Even...